Celebrating the New Orleans Tricentennial, EMPIRE is an art installation by Los Angeles-based artists Fallen Fruit, David Allen Burns and Austin Young, commissioned and presented by Newcomb Art Museum, A Studio in the Woods and Pelican Bomb. Through this assemblage of over 300 objects, the artists will transform the entire museum into one immersive artwork. 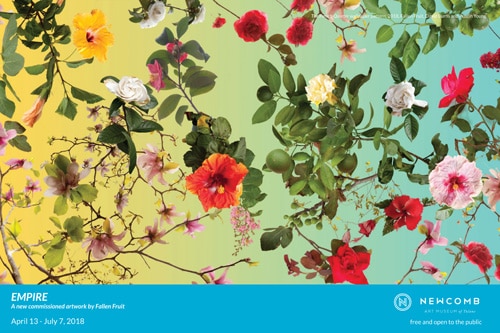 Fallen Fruit is an art collaboration originally conceived in 2004 by David Burns, Matias Viegener and Austin Young. Since 2013, David and Austin have continued the collaborative work.